The guide to the Upper Bavaria, the land of Salzburg and the land of Tyrol
Phone:
+79032842274
bratezroma@mail.ru
Follow the news section
Contact us
Menu
Home \ Castles \ The Castles of Bavaria \ The palace Schloss Schleissheim 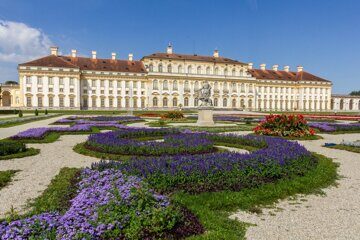 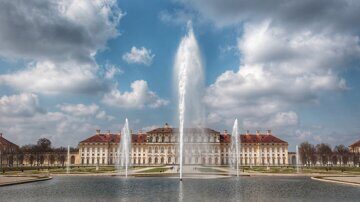 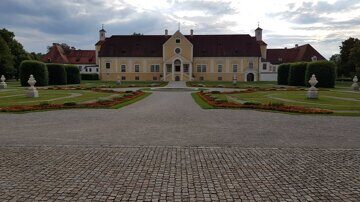 There is a good weather outside, the sun shines but it is not very hot... Where to walk, what to see? Here is a wonderful place for the whole day -  The palace complex Schleissheim.

As an orientation for the parking there's a parking at the New castle:   Neues Schloss Schleißheim, Max-Emanuel-Platz, 85764 Oberschleißheim

If you go by car from Bad Reichenhall, so it is more than 1, 5 hours (155 km), the passage is by the German roads, you do not need a vignette. If you go by public transport, so you can go by train S-bahn line S1, going in direction «Flughafen München». The train station «Oberschleißcheim». You should go along the platform to the last van, go to the street Rotdornstraße and go to the crossroad with the street Mittenheimer Straße. Then you have to walk along the quiet, green and almost straight Mittenheimer Straße to the intersection with Dachauerstraße and cross this street with quite heavy traffic. Almost from the intersection, you will see the buildings of the Old castle on the left behind the dense greenery of spreading trees. The Effnerstraße leads to them. The journey from the station will take about ten minutes, no more, at a steady, calm pace.

Monday is a weekend day! All other days is the following working time:

The old and new palace Schleissheim, the castle Lustheim

Renatus ( in pavilions in castle Lustheim)

The fountains work - from April to the middle of September daily from 11.30 and at 16 o'clock, on Saturdays and Sundays from 10 until 18 o'clock

The cost of the tickets: 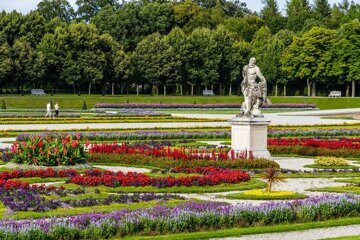 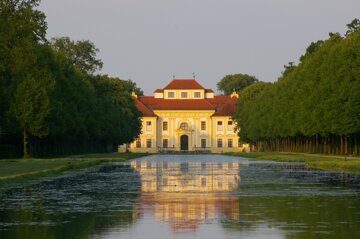 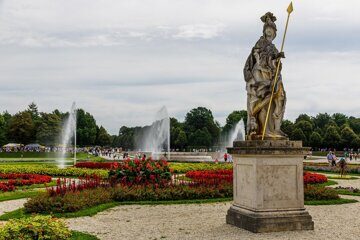 The palace complex includes a big palace park and the palace. The old castle (palace) was built in 1623, in 1684 the construction of the small palace Lustheim was started, and in 1701 the Grand New  Palace was laid. This Palace was very badly damaged during the second world war and was finally restored only in 1970. Now the New Palace and the Lustheim Palace display paintings from the Bavarian national Museum and a collection of porcelain from the city of Meissen. (I haven't visited this Palace complex yet and can't share my impressions, but I've been to Meissen itself at the porcelain factory and the Museum during production. So, I will definitely go to see this collection!)).Among other things, you can ride a real Venetian gondola along the Park's canals. I draw the attention of parents who will come with children: look at the photo, the center of the Park complex is completely shadowless, although with fountains, so be careful with walking around this square on a hot Sunny day. 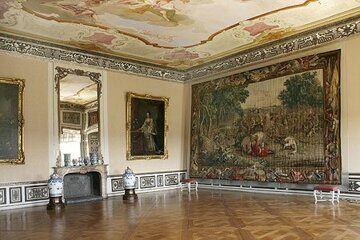 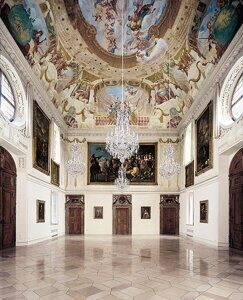 Well, if there are still forces, very close, almost behind the fence is a branch of Deutsche musium dedicated to aviation, but this is a separate topic on a separate page.