The guide to the Upper Bavaria, the land of Salzburg and the land of Tyrol
Phone:
+79032842274
bratezroma@mail.ru
Follow the news section
Contact us
Menu
Home \ Hiking \ Walking in the mountains. \ The Aerie 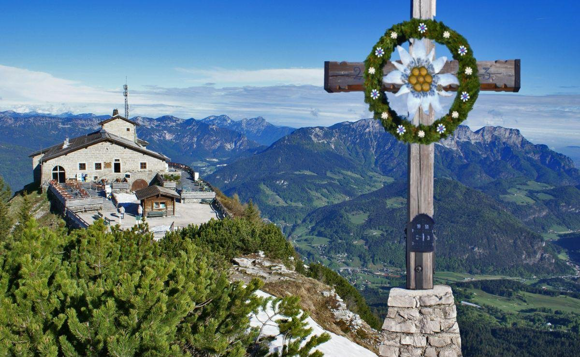 One of the attractions of Bavaria that is necessary to see is the summerhouse of Hitler in the mountains of Berchtesgaden. It is considered that it is a present to Adolf Hitler to the 50-anniversary from the National socialist party, but the house was presented in 1938, and Hitler was 50 in 1939. It is situated on the height of 1834 meters. Now here is an observation deck and a view restaurant.

It is not easy to get here. You have to go to the bus stop and park the car:  Kehlsteinstraße, 83471 Berchtesgaden, then go up on the serpentine by bus and then on foot to the top, then the elevator will raise you on the height of 124 meters.

It is closed in the rain and in winter. The website:  The Aerie 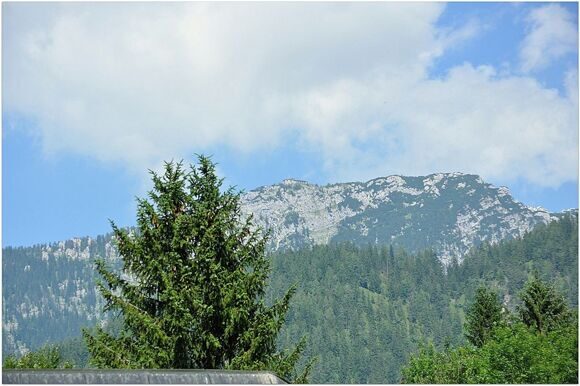 View of the Aerie from Lake Königzee

If you have spare time pay your attention to the ruins of the Hitler’s bid Berghof - Hintereck, 83471 Berchtesgaden and the remains of the bunker Koksbunker Obersalzberg. Also the small private zoo is situated nearby (I did not find the website) - Hintereck, 83471 Berchtesgaden and google gives the phone number +49 8652 4172, the working time is from 10 until 16 o’clock.

This year (2108) we were on vacation in Bad Reichenhall. The owner of the apartments that we were renting asked us what we wanted to see. When she heard about the aerie, she recommended not visiting this place. Why? – asked we. – It is just a view restaurant from where you can see Koenigsee above, the prices there are very expensive, the entrance is expensive too, and you will have to stay in a queue… It is not worth it – she said. In addition, recommended to go to the Panoramenstrasse, because there are landscapes that are more beautiful. We heard her advice and decided not to go there. While our trip to ride the summer sleighs, we rode besides the parking at the Aerie, so we made sure that there is “one million people” there. I will add that historically Hitler was not very often there, as many think. While staying in Bavaria he lived in Berghof bid, now there is a center of storage the documents and one can visit it.