The guide to the Upper Bavaria, the land of Salzburg and the land of Tyrol
Phone:
+79032842274
bratezroma@mail.ru
Follow the news section
Contact us
Menu
Home \ Castles \ King Ludwig's II Castles

Ludwig II Bavarian is the most unusual king of Bavaria. 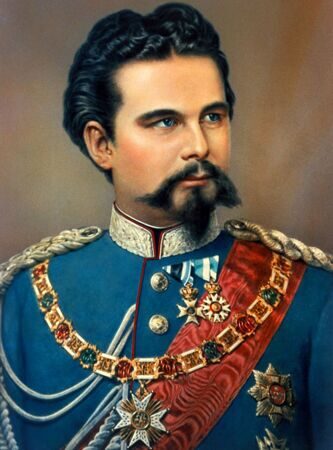 The eldest son of the king Maximilian II was known as the "fairy king". His castles brought him his fame: Linderhof, Neuschwanstein, and the palace on the island Himsee – (Schloss Herrenchiemsee). Only one castle was finished to the end- Linderhof, the other two were in varying degrees of readiness to the death of the king. Today you can see castles in that condition in what they were in the year of death of the king Ludvig. Besides these castles you should visit the castle Hohen Schwangau (Schloß Hohenschwangau), where the king spent his childhood and observed the construction of  Neuschwanstein and the king's house on Schahen (Königshaus am Schachen).

Instead of that fact that the medical Commission declared the king mentally ill, today Bavarians are very proud of him, because in spite of the huge expenses that he had spent, his whim, the castles have benefited to Bavaria. The first in the world thermal power plant that gave electricity to the castle was built at the castle Linderhof. The railways were built for the construction of the castles Neuschwanstein and Herrenchiemsee, industry developed - in general, the construction of the castles gave a powerful impetus to the development of industry of the whole Bavaria. 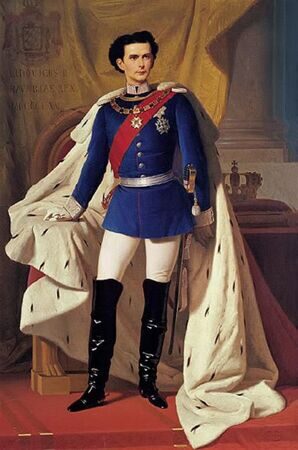 ATTENTION!!! It is strongly prohibited to make photos and videos in all king Ludvig’s castles,this is strictly monitored.