The guide to the Upper Bavaria, the land of Salzburg and the land of Tyrol
Phone:
+79032842274
bratezroma@mail.ru
Follow the news section
Contact us
Menu
Home \ Castles \ The Palaces and castles of the Land Salzburg \ The castle Hohenwerfen (Burg Hohenwerfen)

Probably everyone watched the movie "Indiana Jones in search of the lost ark". Remember the castle where the Nazis held the main character's father captive? This is the Hohenwerfen castle. One of the most photogenic castles in the world. 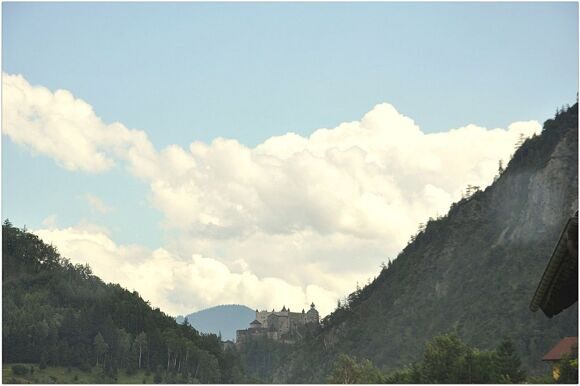 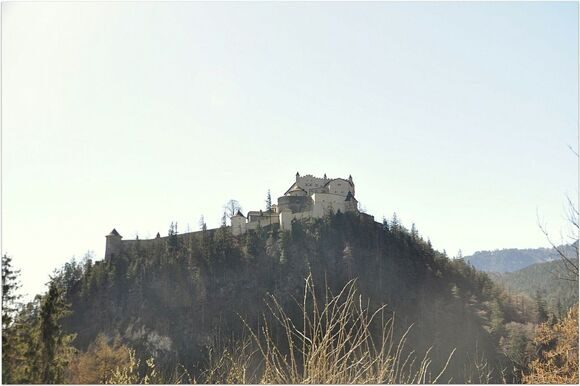 The parking lot at the foot of the mountain, where the castle is situated:: Erlebnisburg Hohenwerfen
Burgstraße 2, 5450

The castle is  situated in half an hour from Bad Reichenhall, you need a vignette.

There's a weapon museum in the castle, among its exhibits there's the biggest collection of cold steel in Europe 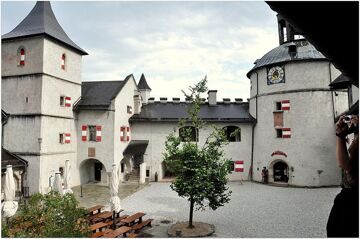 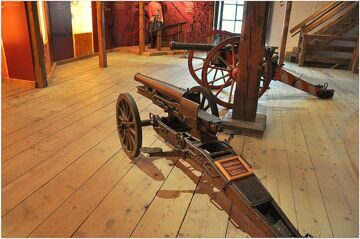 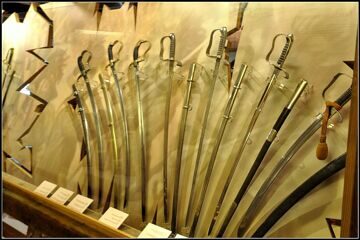 In the garden children can play different games, there are shows and cafes. The guides dressed in the medieval clothes, they look very picturesque.

It is worth visiting this castle because of the wild birds show. It is held in the lower garden of the castle. There's a video made by the workers of the museum (by their order), watch it. I don't know what about you ,I get goosebumps))

In Austria, I saw the prospectuses of several similar shows, which I will definitely tell you about on this site. However, what there won't be is the castle walls around it. I can say that sitting in the stadium (well, if you can call the place where the show is held) or watching it under the walls of a powerful castle are completely different things! 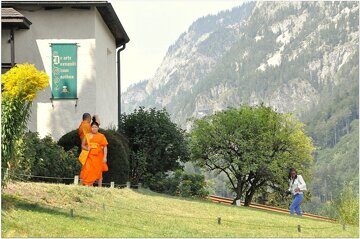 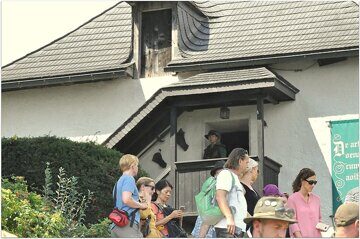 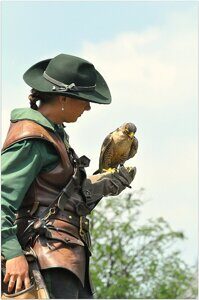 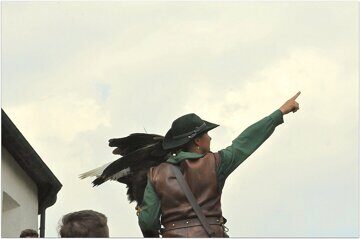 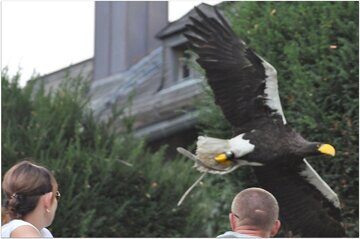 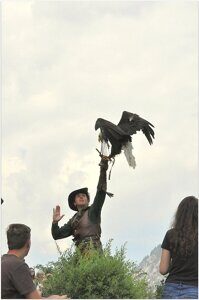 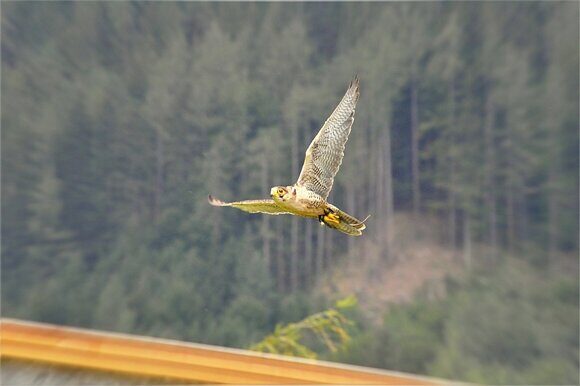 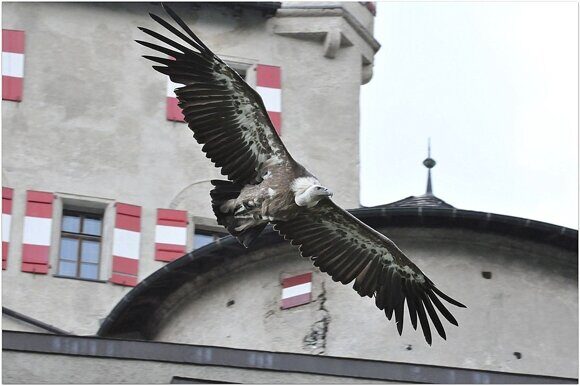 Please note that you can't be in the middle of the area, which is fenced with a rope, and the show will not start until the area is completely cleared. The action itself takes about 30-40 minutes, but it looks simple in one breath. Birds fly among the audience, soar high up, dive down at a breakneck speed (up to 200 km/h). FANTASTIC!!! I can't take photos, everything is so fast and dynamic. Delight is not transmitted! 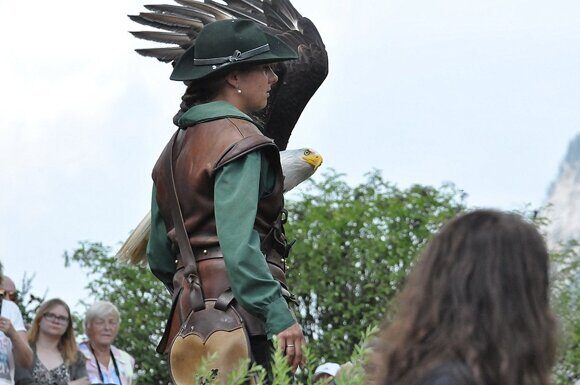 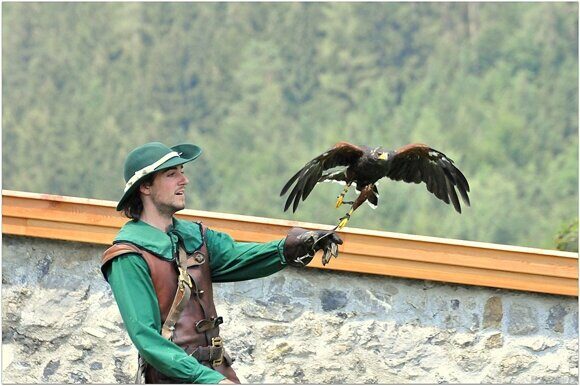 Well, after the presentation be sure to visit exhibitional rooms located within the castle walls. The Museum that is located at the entrance to the castle (if you went up on foot) tells about falconry in different countries of the world, including Russia. Look, this is really interesting. 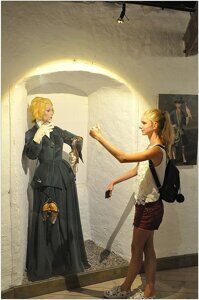 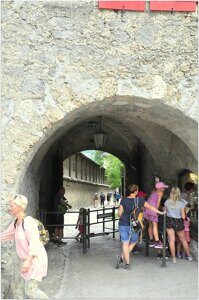 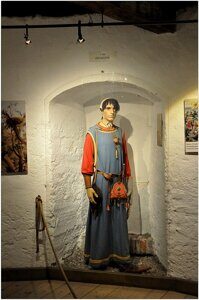 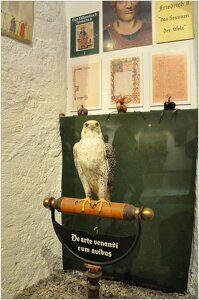 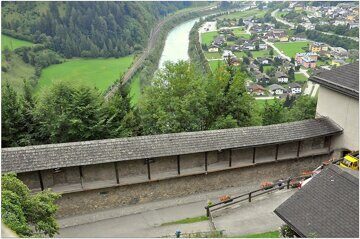 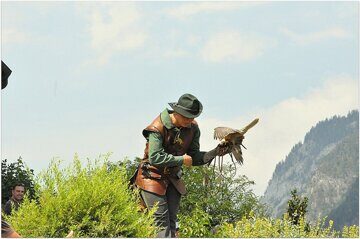 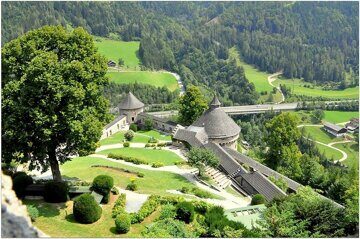 The gorge of the Goat (Kitzlochklamm)