The guide to the Upper Bavaria, the land of Salzburg and the land of Tyrol
Phone:
+79032842274
bratezroma@mail.ru
Follow the news section
Contact us
Menu
Home \ Castles \ The castles and palaces of Tyrol \ The castle Schloss Ambrass 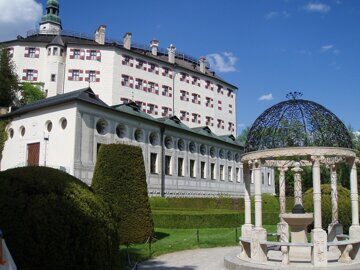 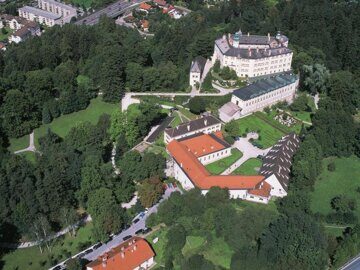 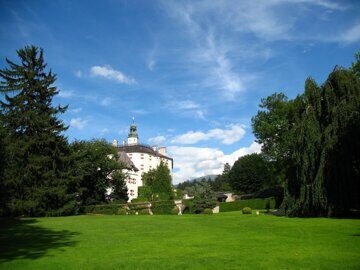 What kind of capital is this without a castle? Here in Innsbruck there is a large Ducal castle - castle Ambrass. The place where the castle was built served as the basis for defensive structures since the 10th century, both the castle and the fortress were built here, which in the 15th-16th centuries were rebuilt into a castle more like a Palace.Archduke Ferdinand II Began rebuilding in 1563. Now the castle has museums, as well as a wonderful Park around (in which, by the way, peacocks freely walk).

The address for the navigator: Schloßstraße 20, 6020 Innsbruck

Tickets are divided into seasons: December - March for adults 8 euros, children's ticket is free, family (up to 3 children) - 14 euros; April - October for adults 12 euros, for children - 7 euros, family-22 euros. There is an audio guide in German, English, French and Italian - the cost is 3 euros. Permanent exhibitions can be photographed, but it is forbidden to take photos at exhibitions. When traveling by car, don't forget to buy a vignette. Parking near the castle is paid-0.7 euros for half an hour. The average duration of the castle observation is 2 hours. You can also use public transport to get there:

The bus to Ambras is combined the ticket on the max 9,70 euros (instead of 15,40) by bus and the visiting of the museum 9 minutes on line 4134 from the Central railway station (via Olympia World-Leipziger Platz-pacher street-Sport Center Land) in Ambras castle, Innsbruck 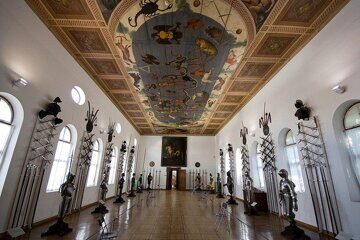 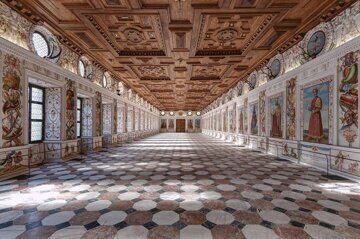 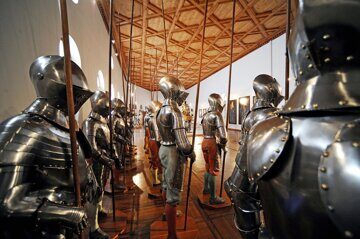 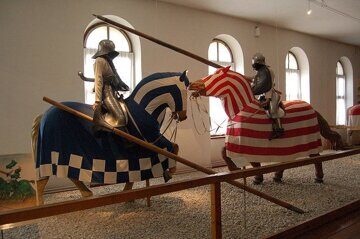 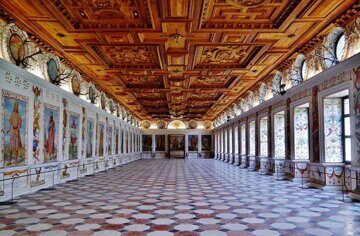 I haven't got to the Museum yet, so I can only judge by the reviews. With the Park, everything is more or less clear, most are delighted with it, especially like the views of the city and the birds that freely walk between the trees and visitors. But the Museum is not so clear. The photo shows that the collection of armor and weapons is impressive, but not everyone likes this business, in the halls, as well as judging by the photo, no interior items have been preserved, which makes the Palace museums attractive, the rest of the exhibition causes very contradictory reviews, someone recommends not spending time on this Museum, and someone is completely delighted...The conclusion is simple - go, look, then you can make up your opinion and share it with me, I will post it on the site )) (I will definitely go and see it myself!).