The guide to the Upper Bavaria, the land of Salzburg and the land of Tyrol
Phone:
+79032842274
bratezroma@mail.ru
Follow the news section
Contact us
Menu
Home \ Hiking \ Waterfalls \ The Waterfall Riesachfälle

The waterfall Riesachfälle is not so famous as Gollinger or Krimmler, but it is much easier to get here from Bad Reichenhall than to the biggest waterfall of Europe.

If you are travelling by car, so put this address in the navigator: Untertalstraße 66, 8971 Schladming.  The vignette is necessary! The travel time is about 1, 5 hours (109 km).  The waterfall is situated in reserve which is called Wildwater (Wildwasser) 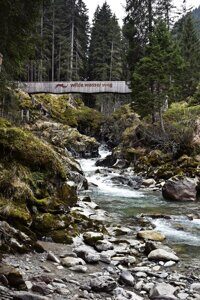 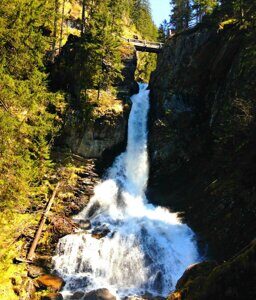 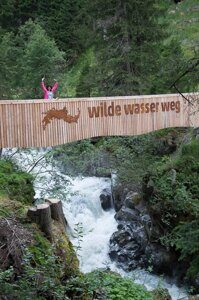 The reserve is situated on the land of Styria but as it is rather close to the place of describing resort, I have decided to write about it. So then, the waterfall consists of two steps – upper water and lower water. There are two paths from the parking, two routes where you can walk. The first is easier and the second is more difficult but this route is more picturesque, there are places that are more beautiful on it. Walking the route you can see three big waterfalls and some smaller. There are observation decks and benches to rest near every waterfall.

The walk time is 1, 5 hours. The most photogenic place is considered the suspension bridge above the waterfall. On the way, one may see the restaurant situated at the mountain lake – a good place to have a snack before the trip back.

I have not found the working time and the cost. Have a good walk!