The guide to the Upper Bavaria, the land of Salzburg and the land of Tyrol
Phone:
+79032842274
bratezroma@mail.ru
Follow the news section
Contact us
Menu
Home \ Hiking \ Walking trough the Caves \ The Ice Cave (Schellenberger Eishöhle) 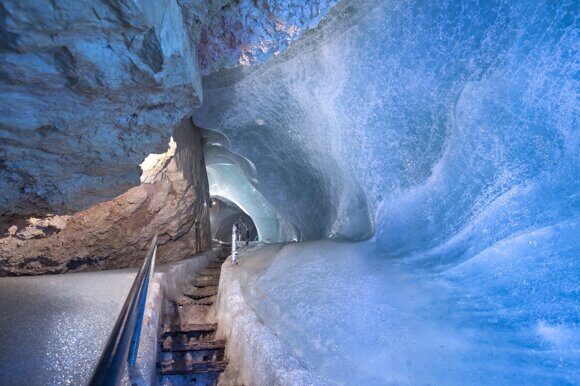 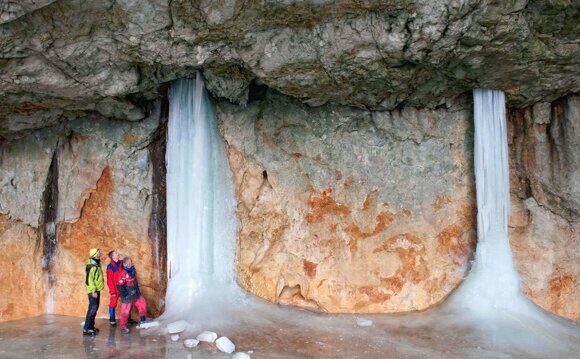 On the height of 1570 meters above the sea the only one   ice cave in Germany – Shellenberger  is situated (it has no website). It is not easy to get there; the walk will take all day. The temperature of the air in the cave is never above +0, 5 degrees, so do not forget to take warm clothes with you. The visiting time is from 10 until 16 o’clock from May to October including.

The cave on the map

So then, how to get there? Actually, all ways go through the hotel of Tony Lenz. The first variant is from the bus stop 840 (it goes from both Bad Reichenhall and Salzburg) to the hotel. I cannot say about the travel time for sure, I have seen the information: from three to six hours. From the hotel to the cave is nearly one kilometer. The second variant is through the mountain station Untersbergbahn - Mountain Station (coordinates: 47.722771, 009101, Austriastraße 13, 8720 Knittelfeld , it is from the Austrian side), and then you go by the cable car to the mountain station. It is nearly 1, 5 hours on foot from the station to the cave. As you can see, the walk is not easy. The excursion in the cave lasts 45 minutes. As there is no electricity in the cave, the excursions are held under the light of the carbide lamps, that the tourists carry themselves. What can I say? When my children grow up, I will definitely get to this interesting place! 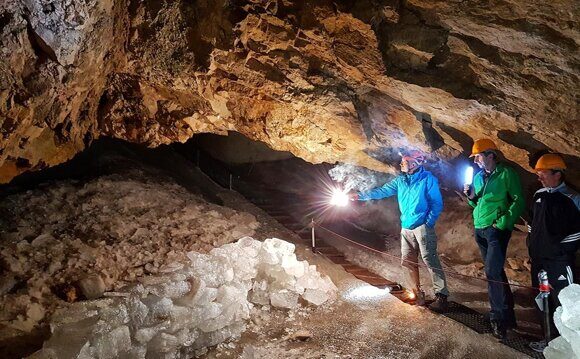 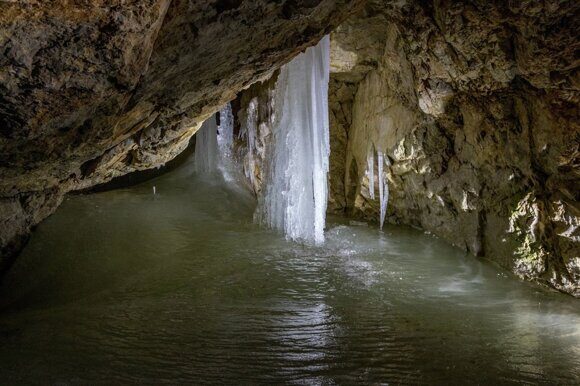